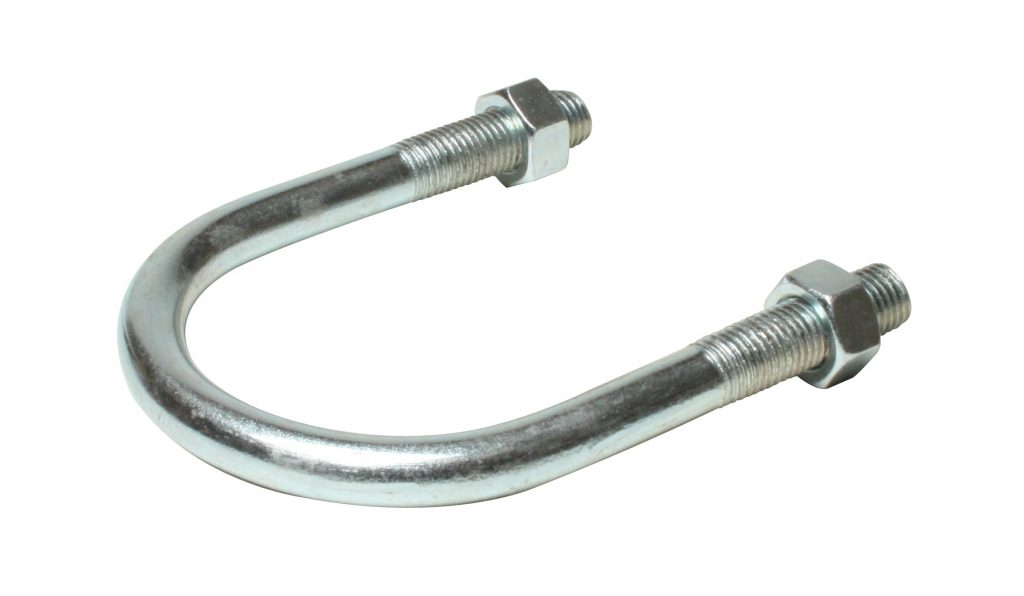 The use of U-bolt connections is becoming more prevalent in the communications industry. The flexibility of design that U-bolts allow is a significant factor in their success, particularly for the addition of mounts to existing structures. To a certain extent, dimensional errors in design can be ignored as the U-bolted connection will allow adjustment to fit without field drilling, cutting or welding.

Over the years there have been a number of failures. Most of these are discovered in the course of an inspection or discovered while work is being completed. There have also been a number of more serious failures, some of which have received industry attention and many more that have been dealt with regionally and have gone unnoticed by the greater tower industry. I have been involved with many broken U-bolts over the years, from simply replacing them from “truck stock” and not mentioning them to dealing with a large rotatable pinwheel that had broken all of its U-bolts. I was also involved in developing a company policy for inspection of mounts that predominantly had U-bolt connections following a fairly well publicized mount failure.

U-bolted connections have long been a concern for myself as an installer, a foreman, and an inspector. As an installer, the lack of definitive standards for achieving the proper tension has led to deficiency comments during acceptance inspections, typically “loose U-bolts”. I have attempted to acquire documentation detailing the proper tightening of U-bolts numerous times and from numerous engineering firms, all without success. The only torque values that I have been able to find (relating to our industry) are from Andrew (now CommScope) for dish mounting U-bolts, where they specify 28 ft/lbs for a 12mm U-bolt. As a foreman, my concern has been for my crew working on assemblies of uncertain structural integrity and as an inspector, the questions of what is enough, what is too much, and how can I tell?

When I began rigging (and seemingly now) ALL tower hardware was tightened to “Standard Rigger Torque” (as tight as you can and then another ¼ turn). This included U-bolts. Some of the problems with this are:

• The U-bolts are generally not made of the same material as the splice bolts. As far as I have been able to determine, U-bolts are made of whatever stock is available at the time. Some U-bolts may be purchased from a bolt manufacturer, but it is certain that a lot of U-bolts are made at whatever welding shop is fabricating the assembly. I am unaware of any specification for U-bolt fabrication for our industry, either process or quality.

• U-bolts are a tension fastener, not a compression fastener (forgive me if my terminology is not the same as yours). U-bolts are typically tightened at (and apply load at) a floating point in an assembly. The only thing resisting the U-bolt is the inherent strength of the plate against which it works. While inspecting a typical mount with clip angles to secure a pipe, it is almost certain that the clip angle will be deformed around the pipe at the floating edge (away from the heel of the angle). This would suggest to me that the applied tension has gone beyond the design of the mount. The other side of this is that after torquing splice bolts, the force required to tighten a U-bolt until it is deforming the mount seems very small.

• U-bolts are often improperly installed, with legs unevenly tightened and/or the U-bolt not installed square to the assembly. Sometimes an effort to even the legs is made by continuing to tighten the short side. This can result in one leg being significantly overtightened. Note that a High Rigger with a long-handled ratchet can apply a lot of torque.

• Anyone who has performed removal or adjustment of a U-bolted mount can attest that U-bolts are often unusable after removal because of thread deformation. This would indicate that they were over-tightened. 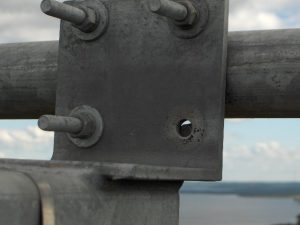 The fabricating process seems to affect the U-bolt strength as well. Typically, U-bolts would be made from bars that have been threaded, cold bent, and then hot dip galvanized. The forming process will be determined by the fabrication plant. The bars may be center bent in a press, roller bent, done in multiples in a brake: whatever works best for the plant. Some are galvanized before threading and bending, some are bent, galvanized, then threaded, and some are threaded and bent, then galvanized. The bending process may create problems by introducing weak spots in the U-bolt. The galvanizing process could cause problems with strain-age embrittlement. ASTM A767 deals with minimum bend radii in rebar to prevent strain-age embrittlement during galvanizing and suggest that a radius of 3 diameters is the minimum for sizes up to ¾”. I would assume that U-bolts would be affected similarly. This would indicate that a 5/8” U-bolt that has been bent to fit a 2-1/2” leg (common) or a ½” U-bolt bent to fit a 1-1/2” leg (also common) is at risk of strain-age embrittlement.

Another problem is size tolerance. If the U-bolt is a little too big for the pipe, either the installer will continue tightening until max resistance or there is a risk of the U-bolt forming itself to the pipe over time and becoming loose. What is the design criteria? A properly fitting U-bolt will grip the pipe through its friction area and requires very little tension to prevent slippage in any direction. A poorly fitting U-bolt relies entirely on tension to maintain a hold.

I have made an Excel spreadsheet based on formulas and data that I have been able to find (largely from Portland Bolt and Manufacturing who have a very informative website) that will calculate the thread stress area, Ultimate and Yield strength at the thread, Tension/Yield ratio, and relate them to torque values. The Andrew torque spec for 12mm (roughly ½”) U-bolts of 28 ft/lbs works out to be a Tension/Yield of approximately 1.9:1 assuming ASTM A36 steel. 28 ft/lbs of torque can be applied with little effort using a standard ¾” combination wrench. Note that this spreadsheet was built for information only and is not a definitive calculation tool for U-bolts. Everyone is welcome to use it and make changes. If there are any errors, please let me know. 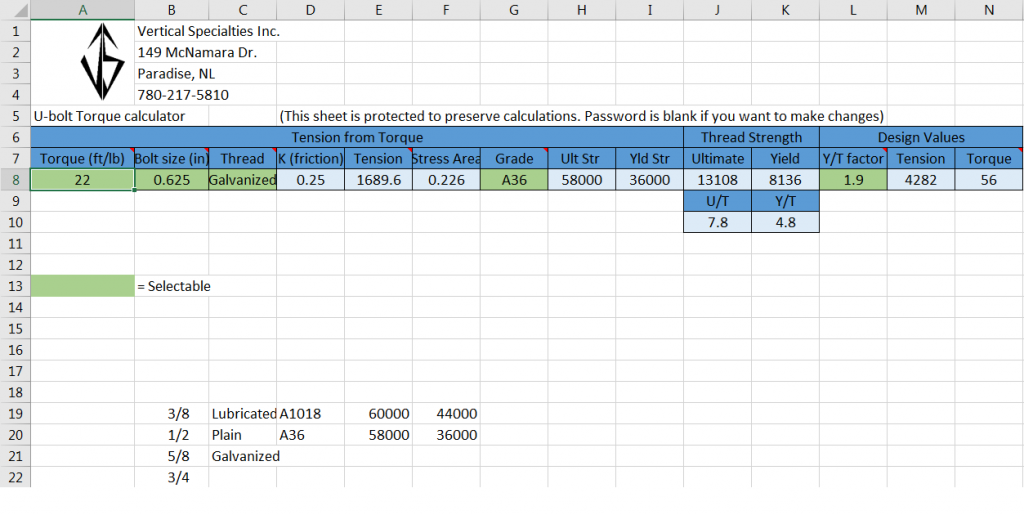 Items that need to be addressed in order to prevent future failure:

• Development of manufacturing standards for structural U-bolts: These would include the metal type(s) to be used, the bending processes and tolerances, the threading process, and the galvanizing process.

• Development of documentation regarding the proper installation of U-bolts: These would include standard torque values and limits. If the torque value is to be avoided, perhaps a turn of the nut guide (i.e. fully compress the lock washer and then 1 turn).

• Possible development of an inspection guideline: This would answer questions such as: How would I check for overtightening? What should be done if there is overtightening?