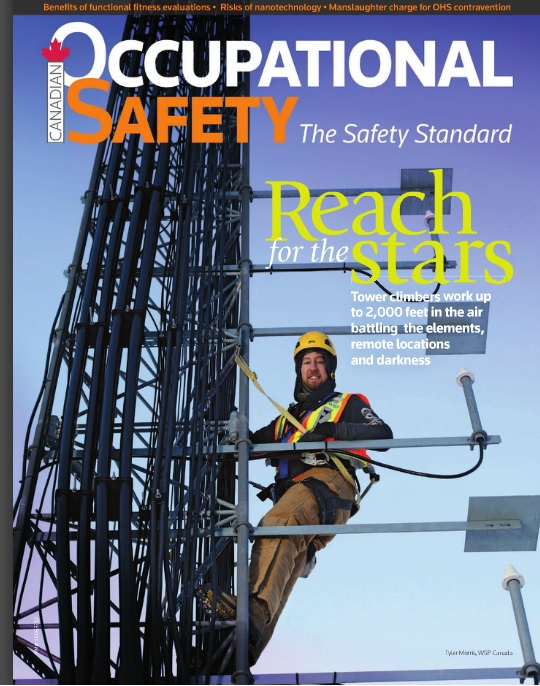 This article featuring STAC members Tyler Morris and Tracey O’Krane (both from WSP Canada) originally appeared in the April/May 2017 edition of Canadian Occupational Safety, where it was the cover article.

Tyler Morris is a tower climber at engineering consulting firm WSP Canada in Edmonton. He regularly climbs towers as high as 810 feet to conduct general maintenance inspections and post-work inspections for clients. Despite working at such extreme heights, he says he feels safe on the job.

“By nature it’s obviously dangerous working at heights and stuff like that but if you just follow your training and be adamant about safety, it’s not that dangerous at all,” he says.

WSP Canada has not had any serious injuries or fatalities since opening its doors one decade ago. It has 10 telecommunications offices across Canada with 200 employees.

Most of the work Morris does is during the day. But sometimes clients don’t want to turn down power during peak traffic hours — such as the large broadcasting companies — so Morris and his colleagues need to work at night.

Protecting First Responders in Case of an Accident at a Site