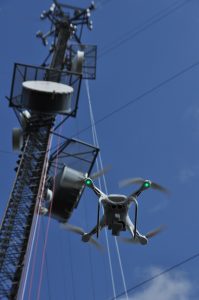 STAC and the STAC New & Emerging Technologies Committee submitted this month a response to Transport Canada’s proposed new UAV regulations as part of a government consultation.

In its submission, STAC addressed six primary concerns with the proposed new regulations, including points relating to site locations that would qualify for reduced regulation, what personnel are permitted on-site when UAV operations take place, and the ability to fly “beyond visual line of sight.”

As noted in the opening lines of the submission, STAC was generally supportive of Transport Canada’s “stated objectives of improving regulatory predictability to foster a stable and agile regulatory environment, and of reducing burden on UAV enterprises.”

STAC’s comments were “designed to align with these priorities as they apply to the communication tower industry, including for current and anticipated applications of UAV technology in the industry,” as well as STAC’s “own commitment to promoting safe worksite practices.”

The STAC submission was developed by the STAC New & Emerging Technologies Committee through a series of calls dating almost a year. The committee held five calls to discuss the project between November 2016 and March 2017, and three additional calls in August and September following Transport Canada’s release of the proposed regulations. Committee members who had expressed or demonstrated an interest in the project also worked on the submission via email in August and September in particular.

The committee itself was launched last November in anticipation of the government consultation on what was believed to be new regulations for commercial unmanned aerial vehicles (UAV) operations.

Ultimately, the government proposed to harmonize commercial and recreational regulations, and to instead classify UAV operations by the total takeoff weight of the aircraft, as well as the nature of the environment in which the operation is taking place.

Transport Canada has said the proposed new regulations attempts to match regulation with the potential to do harm: the more harm a UAV could cause to a person or property, the more regulation the operator will be subjected to. This includes tiered operator training and UAV registration requirements.
STAC points in its submission can be summarized as follows:

STAC will ensure members of the STAC New & Emerging Technologies Committee continue to receive UAV regulatory updates when available. (Please contact Nick Kyonka, STAC Program Director, at [email protected] if you would like to be added to the committee email distribution list.)

Finally, STAC would also like to take this opportunity to highlight the invaluable contributions to this project by some of the most dedicated committee members who helped to lead this project at one point or another, including: