Canadian inspection crews have recently discovered a hazardous situation related to SHROUDED TRIPOLES and SHROUDED MONOPOLES that have developed cracked tube legs as a result of “galloping” vibrations.

A shrouded Tripole in Ontario on December 5th had a serious issue where the Tripole, which has apparently been subjected to galloping vibrations for some time, had significant cracks at one of the tube legs at the base of the structure.

Unattended this could have been catastrophic. The structure was secured and detailed investigations are underway.

Current requirements for CSA S37 would be considered sufficient to cover fatigue failures but apparently that was not the case for all types of vibrations such as galloping or vortex shedding. Galloping is similar to what is seen on guyed towers with some irregular formation of ice around the guys that starts to move up and down in relatively lower wind speeds.

The CSA S37 technical committee is aware of the issue and is reviewing it. Tower owners are compiling lists and inspecting potentially affected structures. 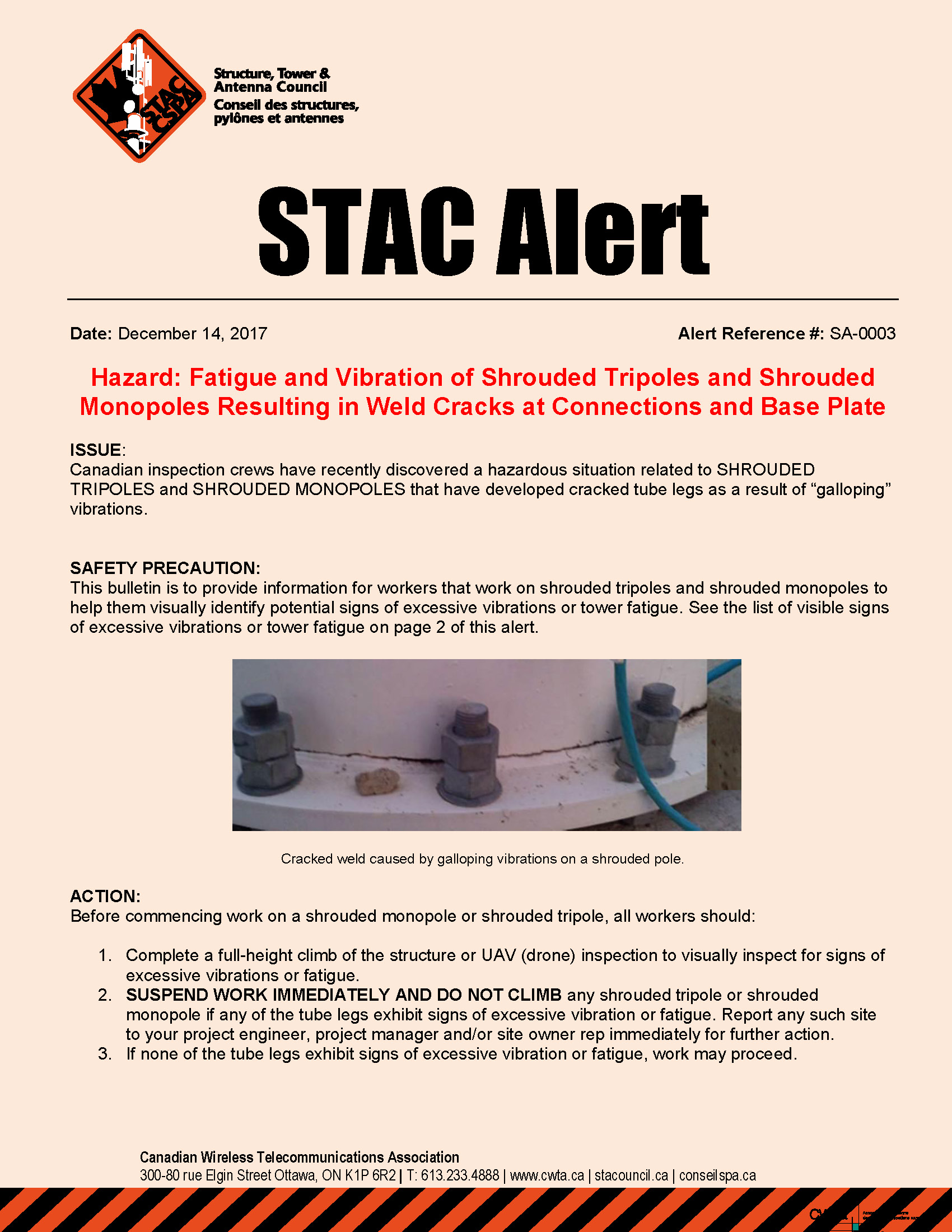 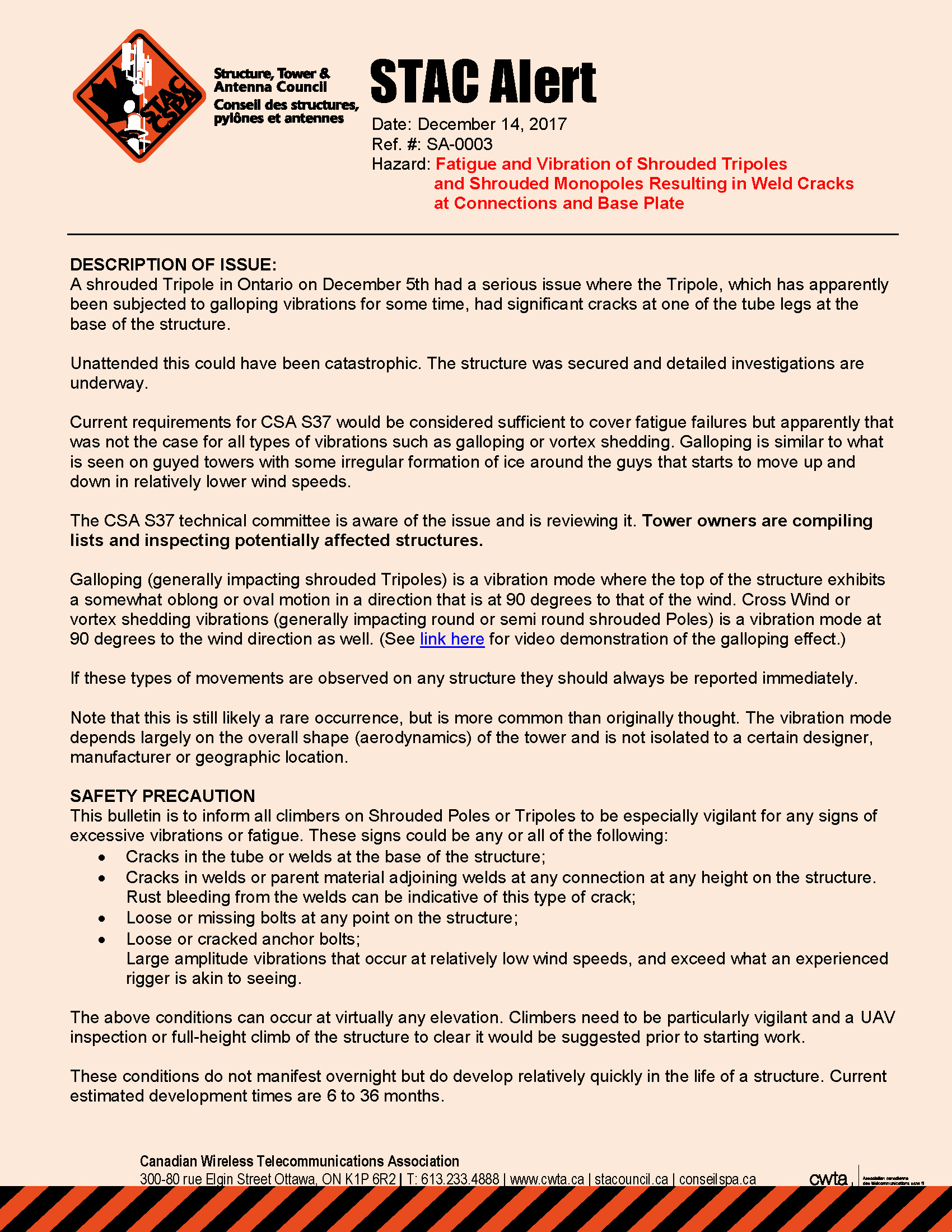 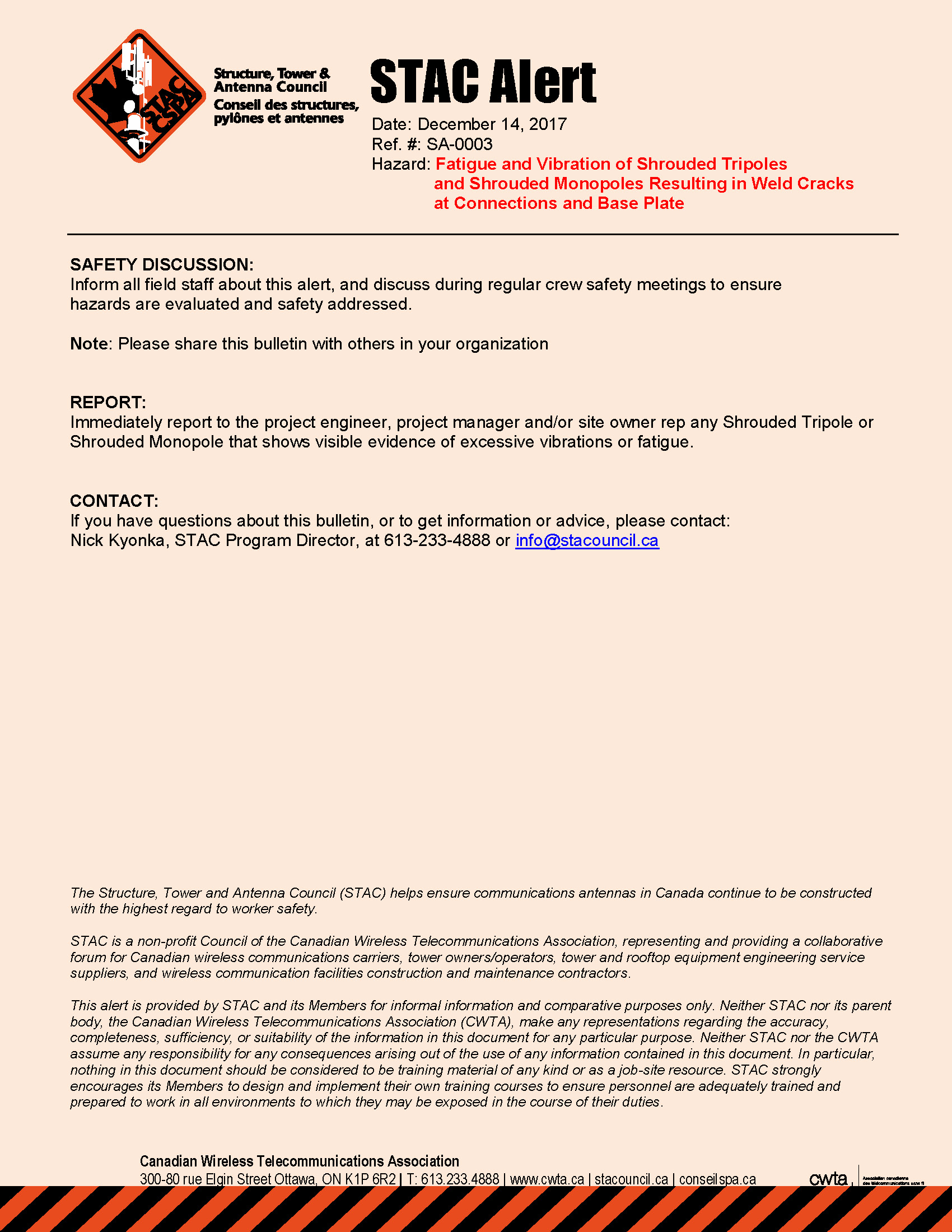