There are no ifs, ands or maybes about it – the STAC 2018 Conference & Exhibition was an overwhelming success.

With 30 exhibitors, 17 sponsors and partners, and 275+ delegates all gathering for two days of keynote presentations, breakout sessions and networking, the STAC’s third annual conference set a new benchmark for attendance and engagement.

But perhaps most importantly, STAC 2018 also provided members and other attendees with just the right mix of education, inspiration and fun, as evidenced by the positive feedback we have received so far.

Here are some of the highlights:

STAC 2018 featured 25 conference sessions spread out over two days. As with previous STAC conferences, this year’s schedule was developed to reflect the diversity of the STAC membership, and included sessions geared towards tower climbing safety, tower engineering and business development. 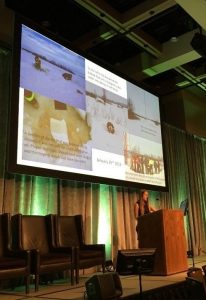 After launching with the annual “State of STAC” address, the conference jumped right into a powerful presentation by keynote speaker Tiara Dietrich, who captivated the audience with the story of her late husband’s tragic death on a job site five years ago.

“No matter what’s going on in your day, don’t settle for safe enough,” she boldly declared in her first-ever public address about the tragedy that claimed her husband’s life. “Don’t settle for ‘just okay’ safety.”

Tiara’s speech caused more than a few audience members to fight back tears.

“I will think about her story every day when I go into work,” one STAC member said afterwards. “It will change the way I view my job.”

Tiara’s speech was followed by the first full conference session, which took a look at fall protection regulations and standards. Other popular sessions on the first day included one focused on the new S37 Revision (which actually had to be moved to a larger room to accommodate demand), an update on the STAC Tall Tower Rescue project, and two additional keynote addresses: “Deloitte TMT Predictions 2018” (sponsored by Alliance Corp.) and “The Human Factor” with Jim Tracy, Chair of the National Association of Tower Erectors (NATE).

Delegates kicked off the second day of the conference with another inspiring session that looked at recent tower failures in Canada and the United States, and identified what lessons can be drawn from those experiences. This panel presentation featured industry leaders who examined opportunities to further improve industry safety benchmarks by stressing the need to seek out areas for improvement following an incident or near-miss situation.

Some of the other popular sessions on the conference’s second day included “Towers 201” (an update on the popular “Towers 101” session offered at STAC 2017), “Rigging Safety”, “Innovative Smart Monitoring of Towers” and “5G Technologies.”

Ultimately, all of the STAC 2018 speakers and moderators played a pivotal role in the conference’s success by helping to ensure delegates were informed, inspired and entertained, and that conference sessions ran smoothly and on time.

STAC would like to say a big “thank you” to all of our speakers and moderators. 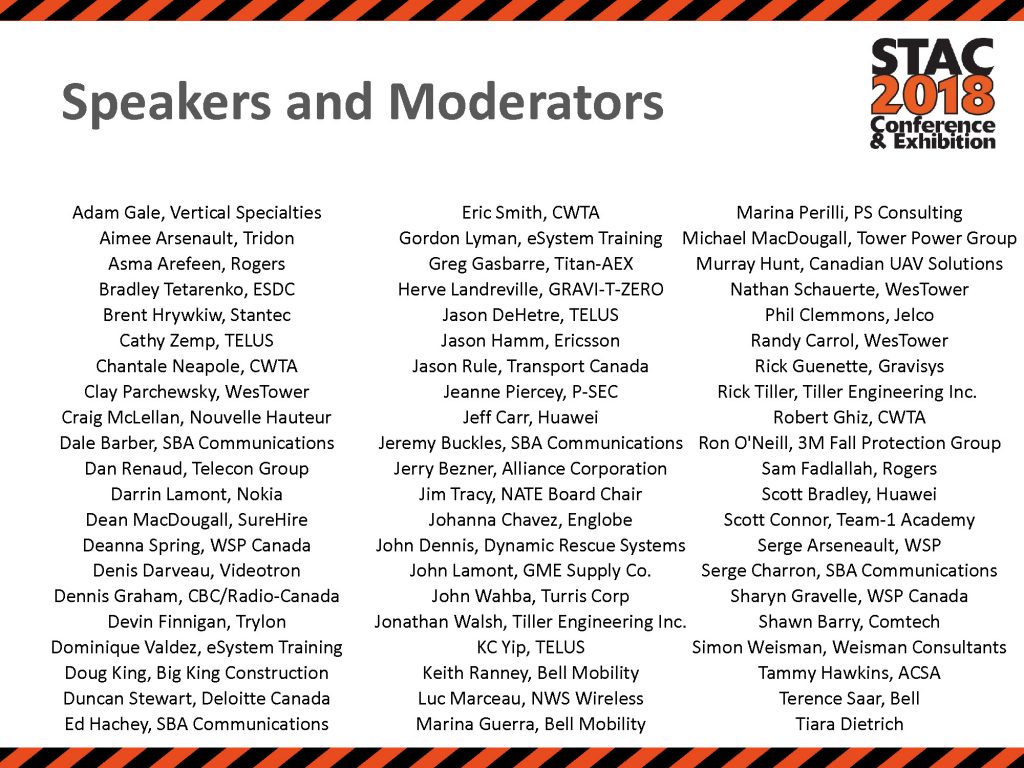 Free training!
For the first time ever, STAC also successfully coordinated and hosted a series of free training sessions at this year’s conference.

STAC 2018 featured two free training sessions on the second morning of the conference, including a Competent PPE Inspector course offered by “TEAM-1 Academy” and a “Fiber Optic Termination and Repair” course offered by NWS Wireless.

Participants who took these courses spoke of the high-quality of the training and noted that either course would typically cost hundreds – if not thousands – of dollars to receive.

“You just don’t get this kind of hands-on training for free anymore,” said one participant. 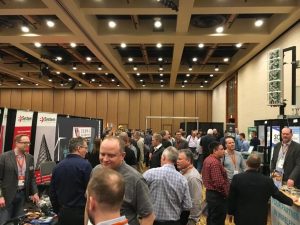 While the always fabulous conference sessions were once again the main attraction for most delegates at this year’s event, the new and improved networking opportunities were also a big hit.

In addition to extended morning and afternoon networking breaks (sponsored by SBA Communications), STAC 2018 featured a new Exhibit Hall Grand Opening, as well as the annual Welcome Reception (sponsored by eSystem Training Solutions). In all, STAC 2018 featured more than six hours of designated networking time, including breaks, breakfasts, lunches and the Welcome Reception. 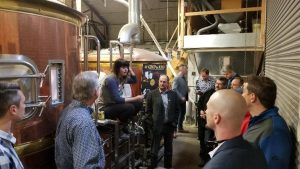 And that’s not counting all of the extracurricular activities that took place, such as the Craft Brewery Outing (sponsored by Rigarus Construction and GME Supply Co.) and events hosted by Gap Wireless, 3M Fall Protection Group, Alliance Corp. and Teletek Structures.

STAC pitches in for Humboldt tragedy victims
This year’s conference took place soon after the horrific Humboldt Broncos bus crash in Saskatchewan, and the STAC Steering Committee decided to use the event as an opportunity to support the victims of the tragedy through a two-day fundraising campaign. The Canadian Wireless Telecommunications Association (CWTA) offered to match del 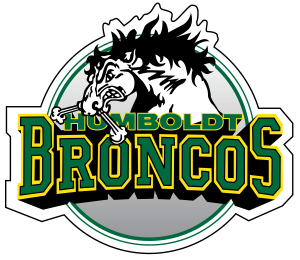 egate donations up to $1,000 as part of the campaign, and agreed to deposit the funds into a related online GoFundMe campaign.

By the end of the conference, attendees had contributed $972 to the campaign, prompting CWTA staff to donate the final $28 to bring the campaign right up to its goal. The full $2,000 (including CWTA’s matching contribution) was donated to the Broncos GoFundMe just hours before the record-breaking campaign closed.

The CWTA and the STAC Steering Committee would like to thank everyone who supported this worthwhile cause.

Exhibitors & Sponsors
STAC 2018’s “large exhibit” hall was also a huge success, and served as the perfect venue for the conference’s annual Welcome Reception and breaks during the sessions. In fact, numerous exhibitors described this year’s conference as “the best event” they had ever attended.

The conference also featured an impressive roster of sponsors, who provided everything from refreshments and food to free WiFi and lanyards for each delegate. It goes without saying that the event wouldn’t be nearly as robust and well-rounded as it is each year without the backing of companies who support safe workplace practices.

The STAC Steering Committee would like to offer sincere thanks to all of the STAC 2018 sponsors and exhibitors for their continued support. With an extra special thank you going out to our full conference sponsor, Gap Wireless! 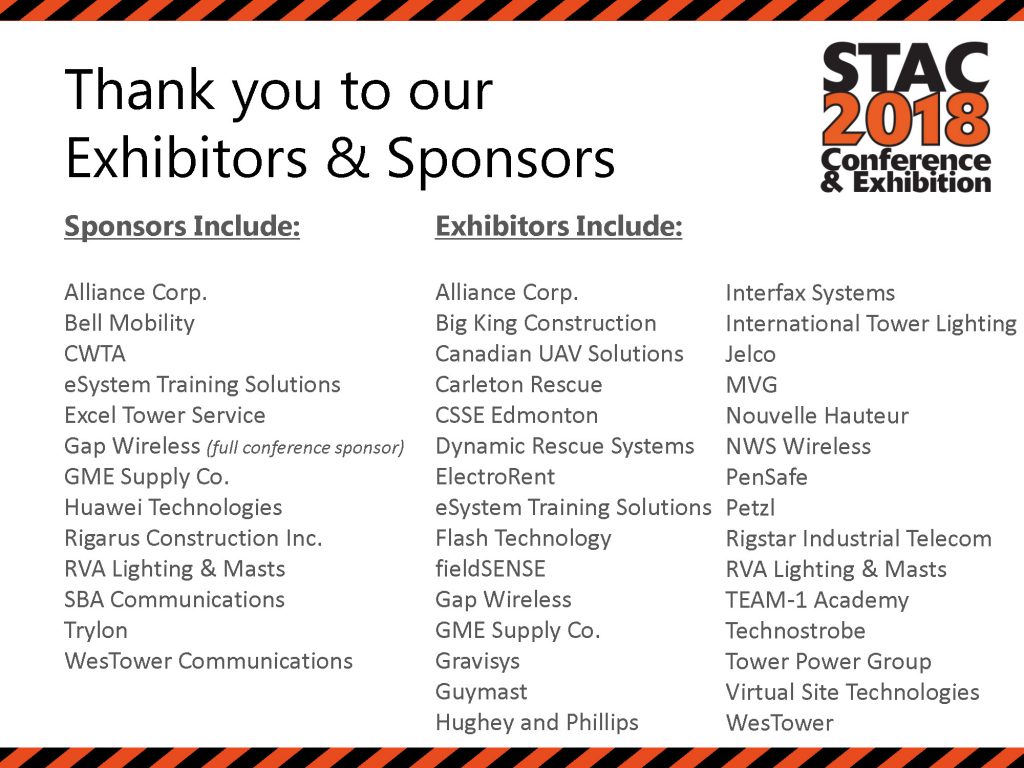 Pins, parties, and everything in between
Of course, STAC 2018 wasn’t just about breakout sessions, keynote presentations and networking opportunities. There were countless little details that went into making the event a success: from new collectable “STAC 2018” pins, to pre-conference parties, to the raffle prizes offered during the closing ceremony, there was plenty to keep people happy and engaged. 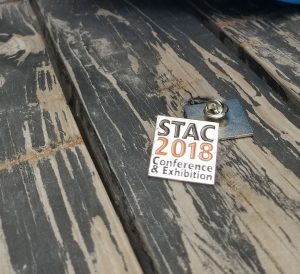 New to the conference this year, the STAC 2018 pins were warmly received by attendees, with many delegates wearing them on their name badge, lapel or bag. Collectors will want to hold on to their pin, as the intention is to roll out a new, conference-specific pin each year going forward.

This was also the first year that attendees coordinated their own events and parties to coincide with the conference, helping to ensure that everyone made the most out of their time in Calgary. We had pre-conference events hosted by 3M Fall Protection Group and by Gap Wireless, as well as evening events hosted by Alliance Corp. and Teletek Structures.

Finally, the STAC Steering Committee would also like to take this opportunity to congratulate the winners of the conference raffle prizes, which were generously sponsored by the CWTA, Hauwei Technologies, and Bell Mobility. This year’s winners were:

Congratulations to all of the STAC 2018 raffle prize winners, and a big thank you to everyone who completed an exhibitor passport and entered the draw.

STAC 2019
Preparations for STAC 2019 are already underway, and we are thrilled to confirm that next year’s conference will be held on April 24-25 at the Hotel Bonaventure in downtown Montreal. Based on the surprisingly large turnout and the great feedback we received this year, we fully expect that the 2019 event will be the largest STAC conference yet — potentially drawing as many as 500 people.

While additional information about the conference will not be available until later this year, STAC is already accepting recommendations for session topics, as well as requests to be added to the 2019 exhibitor and sponsor mailing list.

Stay tuned for more information in the months ahead – if STAC 2018 was any indication, you’ll want to make sure you’re in Montreal next April!