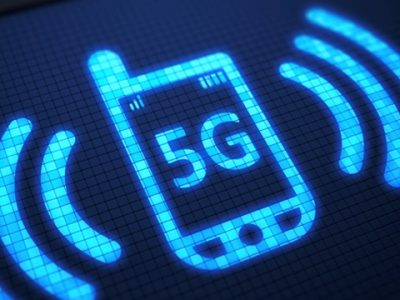 5G, the fifth generation of wireless technology, uses millimeter wave (mmWave) spectrum, which operates at a much higher frequency than the traditional wireless frequency, allowing for multi-gigabit data speeds.

The mmWave spectrum is capable of extremely high throughputs — theoretically as much as 10Gbps — but also makes for shorter-range, more sensitive spectrum.

With its new modem, the company has created an antenna model for mmWave that works with 28GHz mmWave spectrum, and is roughly the size of a dime. The company plans to shrink the antenna by another 50 percent over the next twelve months.

Qualcomm says it’s been able to get just over 1Gbps for a data call, but notes 5Gbps will be the final spec. It’s also hoping to attain latency speeds of 2ms or lower, down from the 30ms to 40ms latency speeds delivered by today’s LTE.

Latency is a measurement that shows how fast data can be fetched from the server with which the user is connecting. Low latency speeds are ideal for applications that need to be updated with very little lag — for instance, the remote piloting of drones.

In addition to the modem, the company has announced a 5G mmWave smartphone reference design with 9mm thickness. That’s signicantly thicker than many of the handsets currently available on the market — for instance, the iPhone 8 Plus is 7.5mm thick and the Samsung Galaxy S8+ is 8.1mm thick — but also includes an edge-to-edge display.

Hanna notes that the radios and antennas have to be quite different from previous generations of wireless tech, because of mmWave’s “finnicky” directional behaviour.

“We think we have cracked the code,” said Hanna.

The company is using beam forming and tracking techniques — which refers to forming and directing beams of spectrum between a 5G cell and a 5G smartphone — and using multiple mmWave antenna elements instead of a single strip of metal.

The official non-standalone specification for 5G is set for completion this December.

Read the original article on MobileSyrup.com

Dejero’s latest project a match made in the heavens