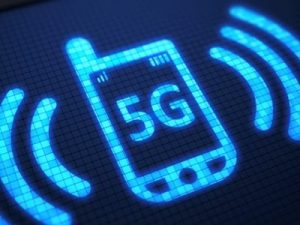 Last month in Ottawa, with appropriate fanfare, the governments of Canada, Ontario and Quebec announced “the world’s first industry-led partnership in the 5G market.”

ENCQOR, pronounced “encore,” stands for Evolution of Networked Services through a Corridor in Quebec and Ontario for Research and Innovation. It’s a mouthful, but what is it and why should you care?

ENCQOR is a consortium of five multinational digital technology companies (Ericsson, Ciena, Thales, IBM-Bromont and CGI) that have partnered together to help build a fifth-generation wireless (5G) enabled corridor in Quebec and Ontario as a test bed for innovative technologies.

Waterloo is the western-most hub on this wireless corridor. It’s a $400-million, five-year project equally funded by the five companies and the governments of Canada, Ontario and Quebec.

And why should you care? Because 5G infrastructure is our bridge to the technologies of tomorrow.

Think of smart cities with controlled traffic systems to ease gridlock; autonomous cars; a fridge that can order eggs and milk when you run low; a heart monitor that sends updates to your hospital in real time. 5G, with its lightning speed (100 times faster than current 4G) and reduced latency, enables this future.

The digital economy is growing at more than 10 per cent per year across G20 countries and is expected to account for more than 60 per cent of the global economy by 2030. The world’s leading companies know this and are investing accordingly. The five ENCQOR companies alone currently invest more than $1 billion per year on research and development in Canada.

What the private-public partnership on the 5G platform does is accelerate the pace by bringing 1,000 small and medium-sized enterprises — hotbeds of new ideas — into the game, positioning Canada to lead in developing the next generation of technology.

For example, Waterloo Region startups, like those at the University of Waterloo’s Velocity program, the GreenHouse program at St. Paul’s University College and Communitech, will be able to use the 5G backbone to develop and test their 5G products, services and applications (and partner with one of the five anchor companies for help in bringing them to the global market, if they so choose).

While many skeptics question government’s ability to make an important contribution to innovation — I have at times counted myself among them — a project like this is an example of getting it right.

The ENCQOR project will advance Canadian innovation as it unfolds, and retain more than 4,000 jobs in our country, including 1,800 specialized 5G research and development jobs, even as it establishes a platform for small and medium-sized enterprises and universities like Waterloo to create thousands more new jobs.

But it has already delivered innovation in its approach.

First, it required vision and a leap of faith by politicians and bureaucrats to get it done — the return on investment on building a precommercial test bed, a digital sand box for those 1,000 small and medium-sized enterprises and 20 universities to play in — is not as easy to calculate as, say, retooling an auto plant.

Second, if public-private partnerships are not “business as usual” for governments, private-public partnerships, led by industry, are even less so.

Yet, it worked. A consortium of five companies with a good idea worked collaboratively with three governments to establish a world-class project that is key to Canada’s future global leadership in the emerging digital economy.

It demonstrates the power of an innovative and collaborative approach that leverages the know-how and investment of the private sector and of public players like the federal Strategic Innovation Fund, as well as Prompt, CEFRIO, and Ontario Centres of Excellence (the provincial innovation co-ordination agencies).

Hopefully, it points the way to future collaborations that will also yield significant results for Canadians.

William Pristanski is a principal at Prospectus Associates, government affairs adviser to the ENCQOR consortium, and member of the board of governors at the University of Waterloo.

William Pristanski is a principal at Prospectus Associates, government affairs adviser to the ENCQOR consortium, and member of the board of governors at the University of Waterloo.

Read the original article at TheRecord.com

Technician rescued after he passes out on California emergency tower

Meet Rudy, the high-wire robot that could be N.L.’s next big invention