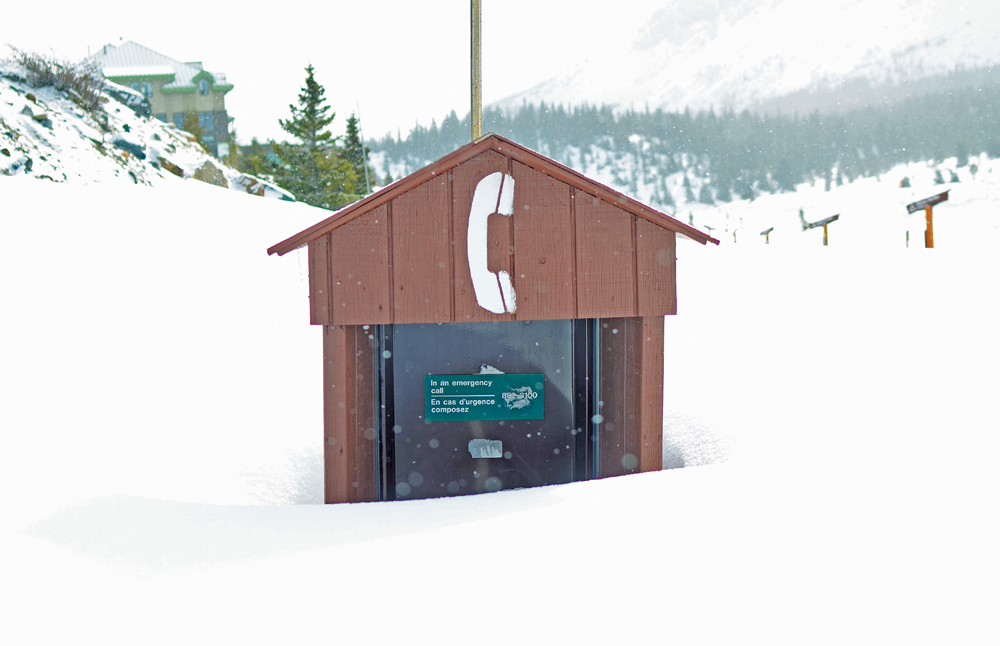 For the past three weeks the Fitzhugh has published a series of stories related to the proposed Icefields Trail project after it obtained a dossier of internal documents between Parks Canada staff released under Freedom of Information legislation. This is the last story.

As public consultations about the proposed Icefields Trail project wrap up early next week, internal documents obtained under freedom of information legislation suggest the trail could open the door to more development.

A background document about the proposed trail indicates Parks Canada officials were keenly aware that if the trail is built it could lead to demands for more development, such as parking lots, expanded campgrounds and trail spurs.

“The funding and mandate for the trail has been on design, assessment and construction of the trail itself, and not on any other supporting or induced infrastructure for the trail … notwithstanding that, with out explicit controls or prohibitions, visitor experience in the field unit anticipates that there will shortly be a requirement for more supporting infrastructure,” the document states.

“Based on experience with the Legacy Trail (Canmore to Banff townsite), trail use is likely to be high and will induce further development.”

The document goes on to state that while the detailed impact analysis (DIA) must consider the cumulative effects of the proposed trail, it will not take into account any additional development projects along the trail because there is no funding for these projects and none of them have been planned.

Despite the lack of plans, several internal documents suggest there was still plenty of discussion about future development along the trail, including building a one-kilometre trail spur to Sunwapta Falls and possibly moving the Beauty Creek Hostel to the former Sunwapta warden station.

There was also a suggestion to build a rest stop every five to 10 kms along the route.

Another document called the “Icefields Parkway Revitalization Program” suggests the trail is an opportunity to capitalize and enhance existing facilities, listing 11 other projects that are at various levels of completion along the highway from installing new signs to revitalizing and expanding parking lots and campgrounds. (www.fitzhugh.ca)

An internal document raised suggested taking a look at Parks Canada’s policy about the use of cell phone towers along the highway. Currently Currently the majority of the Icefields Parkway is a dead zone for cell phones with pay phones installed sporadically at different rest stops along the 230-km road.

Included in that document is a suggestion to look at Parks Canada’s policy about the use of cell phone towers along the highway.

Currently the majority of the Icefields Parkway is a dead zone for cell phones with pay phones installed sporadically at different rest stops along the 230-km road. These phones are owned by Telus, however they are not well signed and have not been updated to accept credit cards, according to the document. Telus has also signaled it is interested in removing the phones altogether.

In a statement, Parks Canada said the proposed Icefields Trail is currently in the conceptual phase and no final decisions have been made. The agency also stated that no requests for cell phone towers or new cellular service providers have been made at this time.

“Parks Canada is currently focusing on the public consultations process. Through these consultations, Parks Canada hopes to identify issues and opportunities that will be considered for the proposed Icefields Trail,” wrote Steve Young, a communications officer with Parks Canada.

According to Young, the idea of the proposed trail is based on the Icefields Parkway strategic concept plan and is a part the management plans for both Jasper and Banff National Parks.

The Canadian Parks and Wilderness Society said it was pleased that Parks was carrying out public consultations, but questioned why additional development plans weren’t included.

“We’re really happy they’re undertaking public consultations, but after having looked at the documents it’s obvious that there’s a lot more to this path then they’re telling the general public,” said Alison Ronson, executive director of the northern Alberta chapter of CPAWS.

“The detailed impact assessment they’re undertaking is not going to consider the impact of the induced development they have identified is going to happen. That’s a major concern because we think it should be a cumulative impact assessment.”

She described the public consultations as “vague” and urged Parks Canada to provide more detail about the entire development footprint.

“It’s not just an innocent trail through the woods, it comes with a whole suite of new development attached to it,” said Ronson.

Public consultations for the project will wrap up on April 24. From May to July Parks Canada will begin drafting the detailed impact analysis. Beginning in mid-July the public will be able to review the DIA until mid-August and by September a decision will be made.